Skip to content Skip to sidebar Skip to footer

The Convention on International Civil Aviation, which each ICAO Contracting State is a party to, was drafted during a convention in Chicago in November and December 1944. The Chicago Convention is another name for this convention). In October 1947, the International Civil Aviation Organization (ICAO) was designated as a specialized agency of the newly formed United Nations. The Chicago Convention established the ICAO’s mission:

THEREFORE, the undersigned governments have agreed on certain principles and arrangements in order for international civil aviation to develop in a safe and orderly manner, and international air transport services to be established on the basis of equal opportunity and operated soundly and economically;”

There are now 191 countries that make up the EU.

The following description is given by ICAO itself:

“According to the terms of the Convention, the Organization is made up of an Assembly, a Council of limited membership with various subordinate bodies and a Secretariat. The Chief Officers are the President of the Council and the Secretary General.

The Assembly, composed of representatives from all Contracting States, is the sovereign body of ICAO. It meets every three years, reviewing in detail the work of the Organization and setting policy for the coming years. It also votes a triennial budget.

The Council, the governing body which is elected by the Assembly for a three-year term, is composed of 36 States. The Assembly chooses the Council Member States under three headings: States of chief importance in air transport, States which make the largest contribution to the provision of facilities for air navigation, and States whose designation will ensure that all major areas of the world are represented. As the governing body, the Council gives continuing direction to the work of ICAO. It is in the Council that Standards and Recommended Practices are adopted and incorporated as Annexes to the Convention on International Civil Aviation. The Council is assisted by the Air Navigation Commission (technical matters), the Air Transport Committee (economic matters), the Committee on Joint Support of Air Navigation Services and the Finance Committee.

The Secretariat, headed by a Secretary General, is divided into five main divisions: the Air Navigation Bureau, the Air Transport Bureau, the Technical Co-operation Bureau, the Legal Bureau, and the Bureau of Administration and Services. In order that the work of the Secretariat shall reflect a truly international approach, professional personnel are recruited on a broad geographical basis.

ICAO is responsible for:

Sky Training Aviation and AFSAC Center TRAINAIR PLUS FULL MEMBER GAT / ICAO are able to provide training of excellence, to cover all the standards and requirements of the ICAO object of the 19 annexes to the Chicago Convention, to all aeronautical players, in our own premises and / or on site, certified by certificates issued by the ICAO. 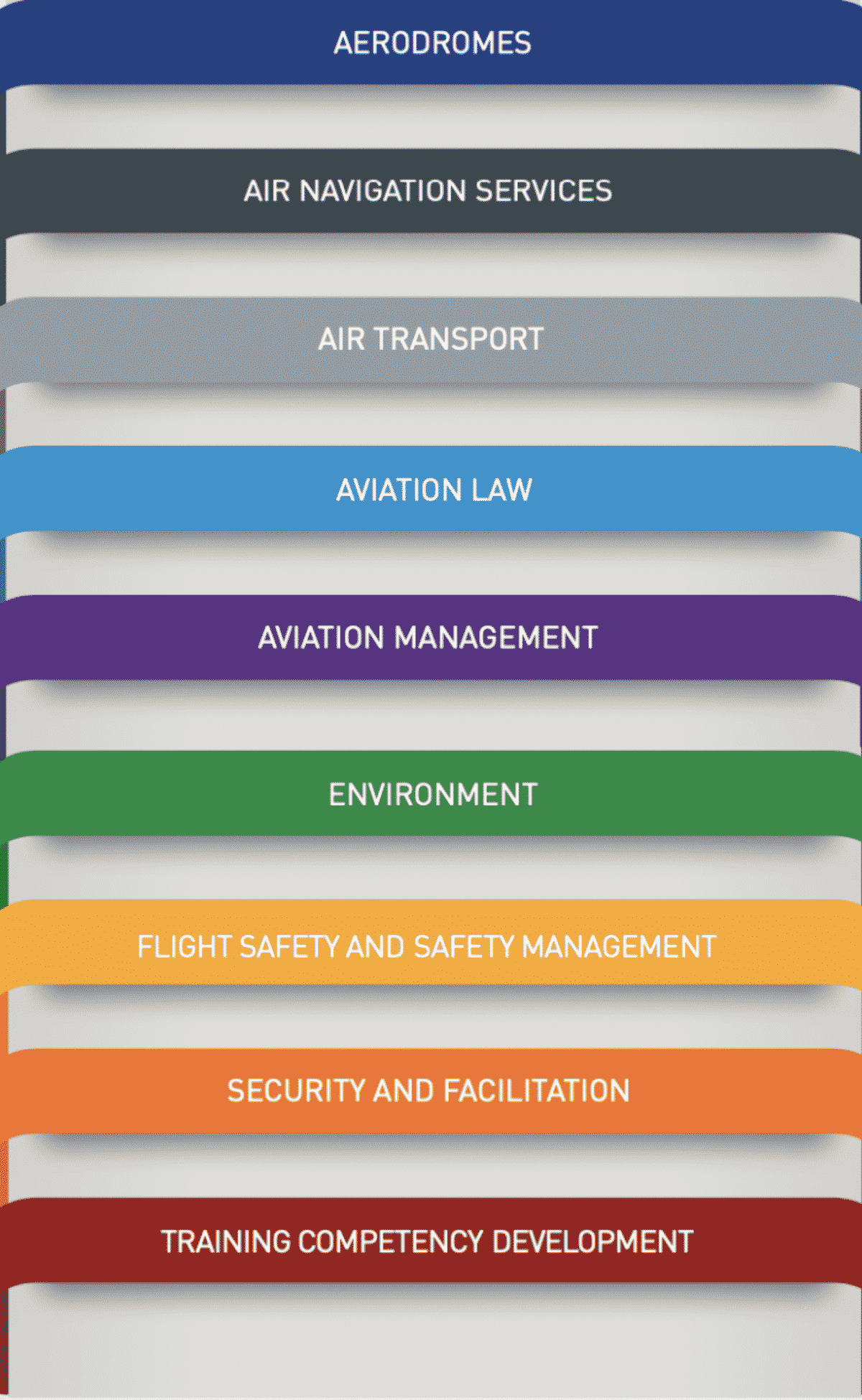 You feel involved in this field and wish to work there, Sky Training Aviation and AFSAC Center AVSEC / OACI, offers you “Qualifying” and “Certifying” training in order to become an expert in Civil Aviation Security in accordance with standards International Civil Aviation Organization (ICAO) in Algeria

We use cookies on our website to give you the most relevant experience by remembering your preferences and repeat visits. By clicking “Accept All”, you consent to the use of ALL the cookies. However, you may visit "Cookie Settings" to provide a controlled consent.
Cookie SettingsAccept All
Manage consent

This website uses cookies to improve your experience while you navigate through the website. Out of these, the cookies that are categorized as necessary are stored on your browser as they are essential for the working of basic functionalities of the website. We also use third-party cookies that help us analyze and understand how you use this website. These cookies will be stored in your browser only with your consent. You also have the option to opt-out of these cookies. But opting out of some of these cookies may affect your browsing experience.
Necessary Always Enabled
Necessary cookies are absolutely essential for the website to function properly. These cookies ensure basic functionalities and security features of the website, anonymously.
Functional
Functional cookies help to perform certain functionalities like sharing the content of the website on social media platforms, collect feedbacks, and other third-party features.
Performance
Performance cookies are used to understand and analyze the key performance indexes of the website which helps in delivering a better user experience for the visitors.
Analytics
Analytical cookies are used to understand how visitors interact with the website. These cookies help provide information on metrics the number of visitors, bounce rate, traffic source, etc.
Advertisement
Advertisement cookies are used to provide visitors with relevant ads and marketing campaigns. These cookies track visitors across websites and collect information to provide customized ads.
Others
Other uncategorized cookies are those that are being analyzed and have not been classified into a category as yet.
SAVE & ACCEPT