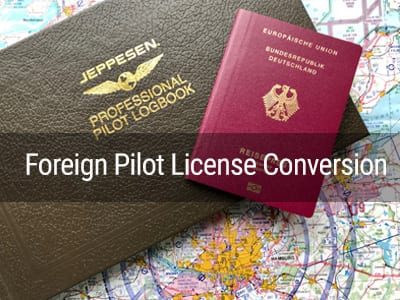 Distinct authorities, organizations, and bodies control different aspects of aviation. Licensing and certification of pilots is a separate activity for which several organs are accountable. The relevant restrictions begin to worry a pilot the moment he considers his future employment options. Yes, it is a critical decision since once taken, a pilot can only operate in a specific, limited area. When it comes to moving to a new place, a pilot license conversion may be the only choice available.

The fact that, while aviation in different countries is regulated by international authorities, the multiple names for it and slightly modified standards establish a line across continents causes a lot of misunderstanding. Despite the fact that aviation is a global industry with no apparent borders, it is important to remember that each country’s government gives its own sort or version of pilot licenses. For example, while each country’s CPL certificate has comparable conditions for issuance, a country may not recognize the other certificates as an equal type or version.

Let’s begin by identifying the key regulators involved in the pilot training and licensing procedure. The ICAO – International Civil Aviation Organization – is an acronym you should be familiar with because all certificates are, or should be, based on its criteria. The Joint Aviation Authority (JAA) is a European-wide regulatory agency that represents the civil aviation regulatory authorities of a number of European countries. In the United States, civil aviation is regulated by the Federal Aviation Administration. Its responsibilities include the issuance, suspension, and revocation of pilot certificates.

Request for a License conversion

We use cookies on our website to give you the most relevant experience by remembering your preferences and repeat visits. By clicking “Accept All”, you consent to the use of ALL the cookies. However, you may visit "Cookie Settings" to provide a controlled consent.
Cookie SettingsAccept All
Manage consent

This website uses cookies to improve your experience while you navigate through the website. Out of these, the cookies that are categorized as necessary are stored on your browser as they are essential for the working of basic functionalities of the website. We also use third-party cookies that help us analyze and understand how you use this website. These cookies will be stored in your browser only with your consent. You also have the option to opt-out of these cookies. But opting out of some of these cookies may affect your browsing experience.
Necessary Always Enabled
Necessary cookies are absolutely essential for the website to function properly. These cookies ensure basic functionalities and security features of the website, anonymously.
Functional
Functional cookies help to perform certain functionalities like sharing the content of the website on social media platforms, collect feedbacks, and other third-party features.
Performance
Performance cookies are used to understand and analyze the key performance indexes of the website which helps in delivering a better user experience for the visitors.
Analytics
Analytical cookies are used to understand how visitors interact with the website. These cookies help provide information on metrics the number of visitors, bounce rate, traffic source, etc.
Advertisement
Advertisement cookies are used to provide visitors with relevant ads and marketing campaigns. These cookies track visitors across websites and collect information to provide customized ads.
Others
Other uncategorized cookies are those that are being analyzed and have not been classified into a category as yet.
SAVE & ACCEPT